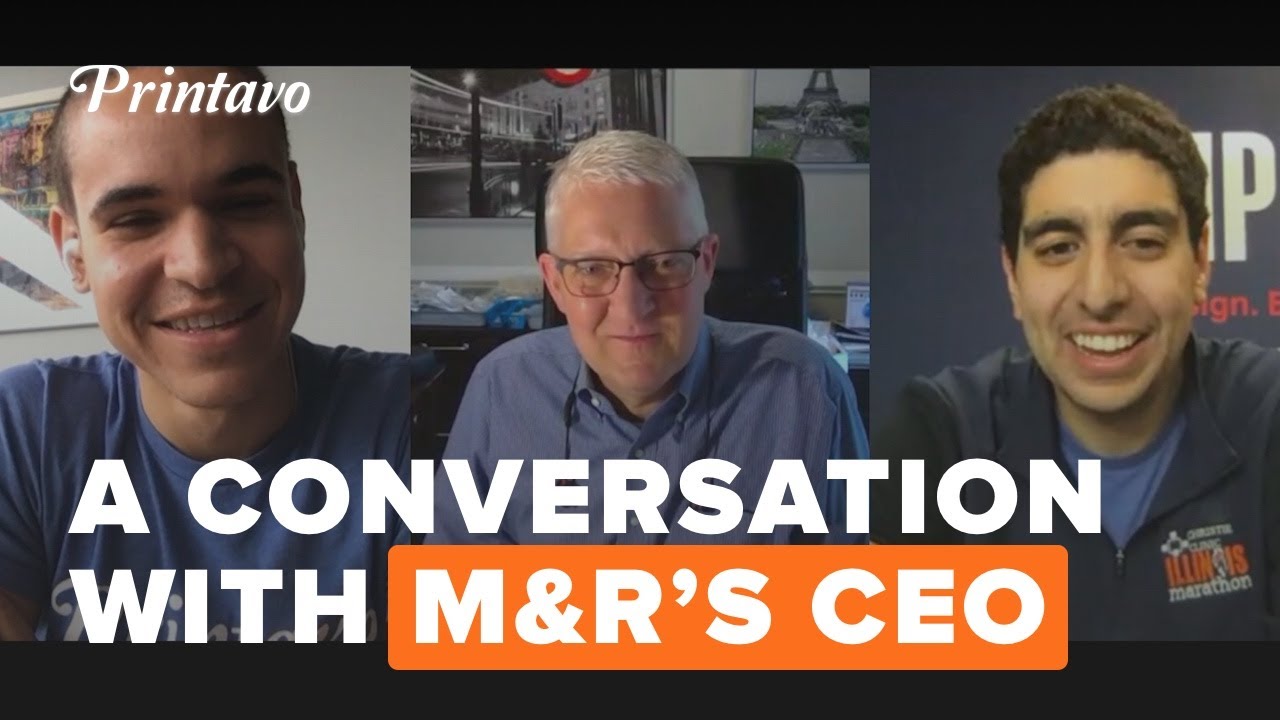 Located just miles from Printavo's Chicago offices, M&R is a trusted partner for thousands of print shops across the world. Their Roselle manufacturing facility is a giant operation that produces equipment for a worldwide market.

M&R's famous blue screen printing presses have a reputation for lasting decades. Now, they've taken the leap into digital and hybrid printing with their Digital Squeegee and Maverick products. But the global pandemic represents a huge speed bump for the textile industry as a whole.

We discuss M&R's future, what's in store for the industry, and much more in this episode of the PrintHustlers Podcast.

"Our companies were having a dispute, so I thought he wanted to talk about that. He said, ‘Are you sitting down? Would you like my job?’ So after some meetings, I convinced the equity group that owns M&R that I could have the job.”

Danny is thankful for what Rich Hoffman saw in him, running with the torch and embracing the new technology. “Rich knew I was familiar with this technology and it’s part of why he tapped me to be his successor [...] my job has been to hype and promote it as much as possible."

“There’s an element of value tied to capability and creativity,” Danny explains. M&R's goal isn't to make DTG printing cheap. It's to offer something truly valuable.

“People have been wildly creative. They're making masks, they're making gowns. They're pivoting. I was on the phone with a customer printing a huge number of masks and gowns. You’ll see new things come out of this. The industry will not die, it will not go away. Batten down the hatches, survive the next several months, and we’ll have new ideas and thoughts and concepts. We’ll be more creative than ever. The industry will be stronger than ever in a year from now. I promise you that.”

A huge thanks to M&R's CEO Danny Sweem for taking the time to chat with us.

We've got three more amazing articles for you:

Printavo's team thanks the thousands of print shops across the world that rely on us to keep them running.