Folding, Bagging, and Tagging Machines for Print Shops | Is It Worth It? 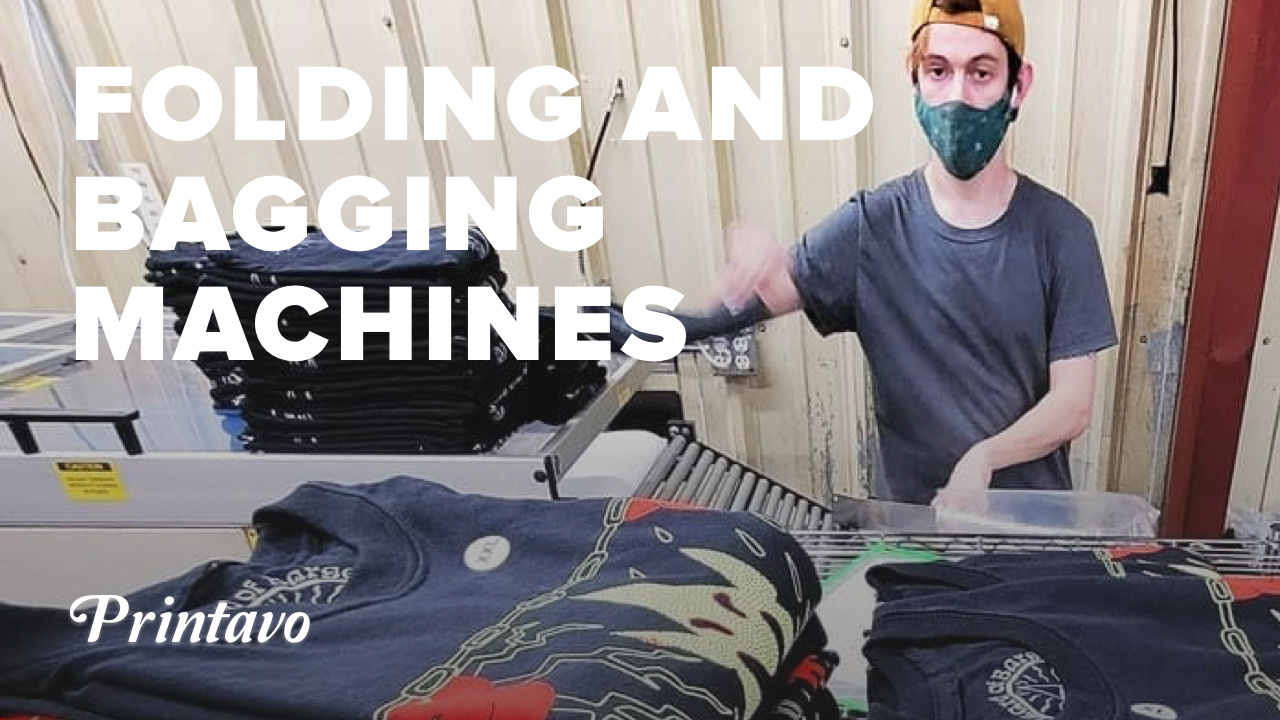 I think it’s obvious, but I am not an expert at folding and bagging t-shirts.

But it’s also obvious that:

Fulfillment is the business model going forward. Whether you’re acting as the professional merchandise liaison to a coach or just shipping individual orders – folding, bagging, and tagging orders is a hidden pain point that you can solve for customers.

What if folding and bagging became a profit center?

There's real value here. This is a service your customers need. And it’s one you’re going to do anyway.

We talked to four print shops about their experience with purchasing a folding and bagging machine – from a starter folding unit to the biggest and baddest unit that prints barcodes.

Here's a prediction: in a few years' time (if not already), finishing orders will consume more of a print shop's time than actual printing.

The kicker? Finishing is just expected by the customer. You can't charge more for bagging and tagging than printing. 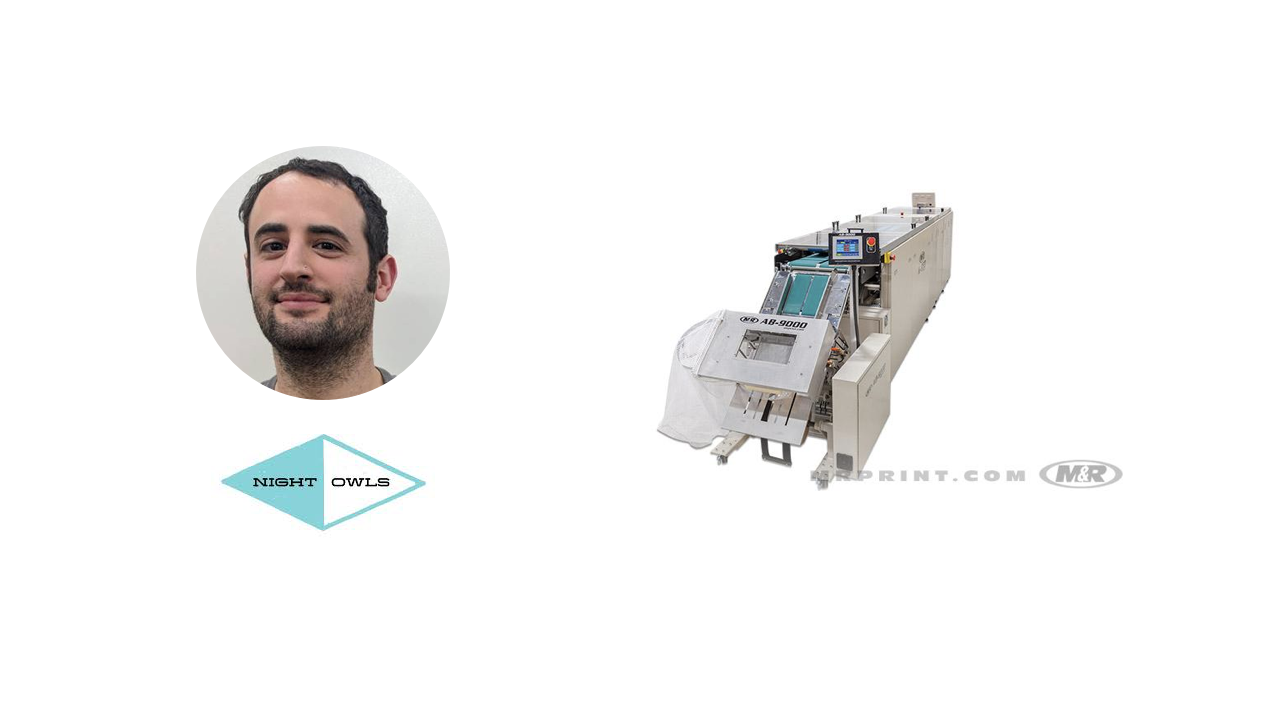 Night Owls' Eric Solomon took the leap to an Amscomatic folding machine with a long sleeve attachment and even a barcode printer. For right around $20k, Eric "[got] a smoking deal" on a unit from another shop in the midst of upgrading.

"When it's dialed, it can breeze through projects. We are talking 1,000 shirts in an hour," Eric told me. But there's a downside to this super-fast machine: "It can get messy very fast."

"Hand folding thousands of shirts a day was not ideal," Eric noted. The catalyst for moving toward automated folding was a fast-growing fulfillment business.

Night Owls have emerged as a noted force in distribution for more than shirts or printing. As a "merch logistics" company, leveraging leaner practices for an ever-present task strengthens the bottom line.

"Paid for itself in 3 months" at Money Merch 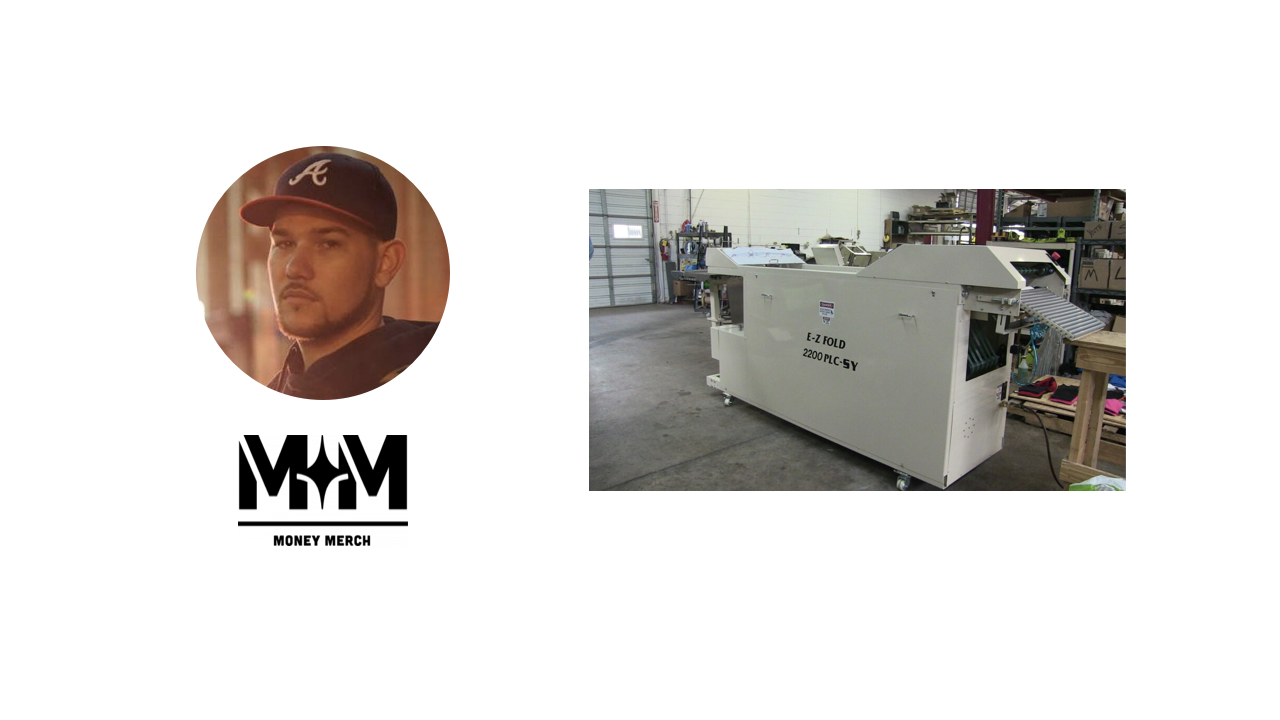 Blake Reed from Money Merch grabbed the Nedco EZ-Fold. "They've been doing it for 30 years, and the other shop owners in my area all recommend Nedco," Blake told me. All-in for just under $32k brand new, Blake was swayed by Nedco's passion for folding t-shirts.

Their passion has translated an easily-operated machine. "We can stick a new hire with no experience on it and have it running within 5 minutes of training them," though there are some details and caveats to the simplicity. Blake reports that running an Alstyle 1301 requires calibrating the belt opening compared to a LA Apparel 1801, for instance.

"If you're folding and bagging 500+ pieces a day, get a folder. You will be happy you did," Blake urged

With more than 95% of Money Merch's orders requiring bagging and tagging, it's "one of those things I wish I had done sooner."

Blake was happy to report his estimate that the Nedco paid itself off after 3 months.

"Tools to make it easier" at MilesTshirts 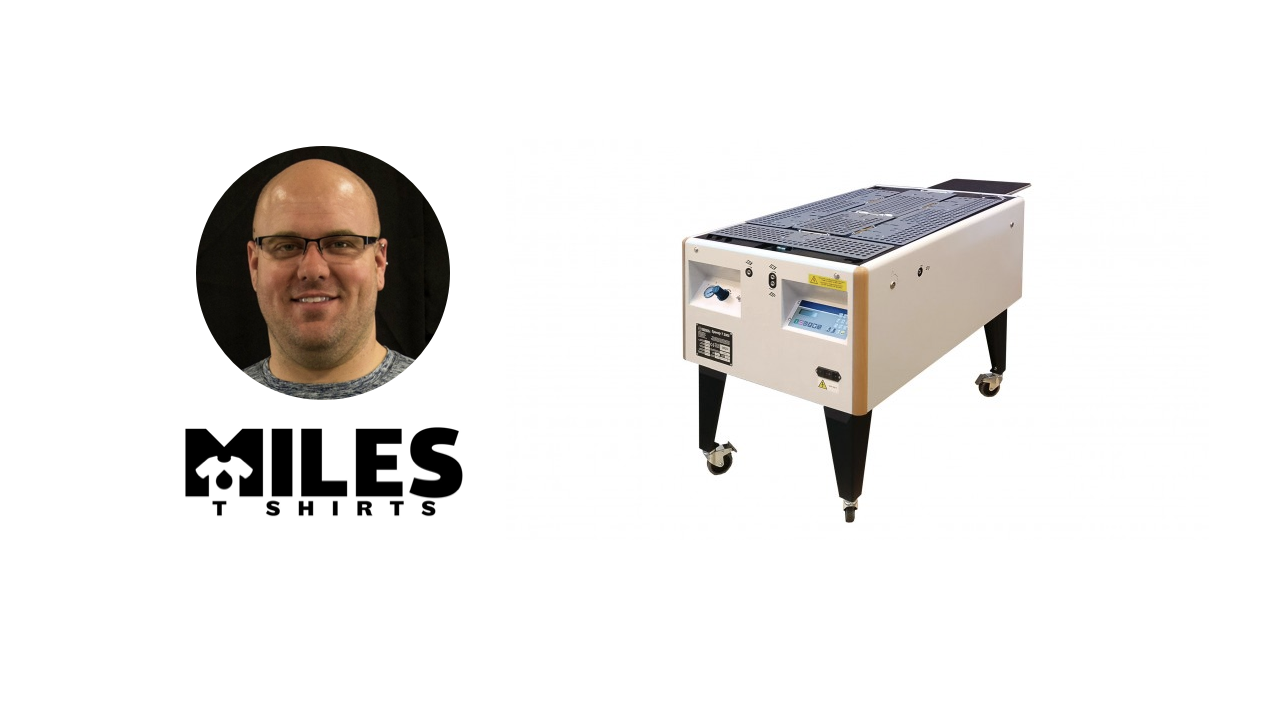 After watching YouTube videos, asking shops, and seeing it in use, Miles Parkhill at MilesTshirts went for the SpeedyT from ROQ. Right around $10K, Miles' team had been folding by hand for years.

"We have done 20,000 shirt orders by hand before, but this is really giving my employees the tools to make it easier on them every day," Miles told me.

"It's an easy machine to use and it doesn't take up a lot of space in a smaller shop," Miles said.

But it's not perfect. It doesn't do well with 100% poly or super lightweight shirts. Short runs aren't ideal for it either, as it can take some time to dial in the unit. But Miles still recommended the unit: "Even then, it's a small learning curve."

An interesting note from Miles: "It actually helps keep the employees on pace over a long run. The machine helps you know when you're working at a slower pace."

"Removed a lot of waste" at Floodway Print Co 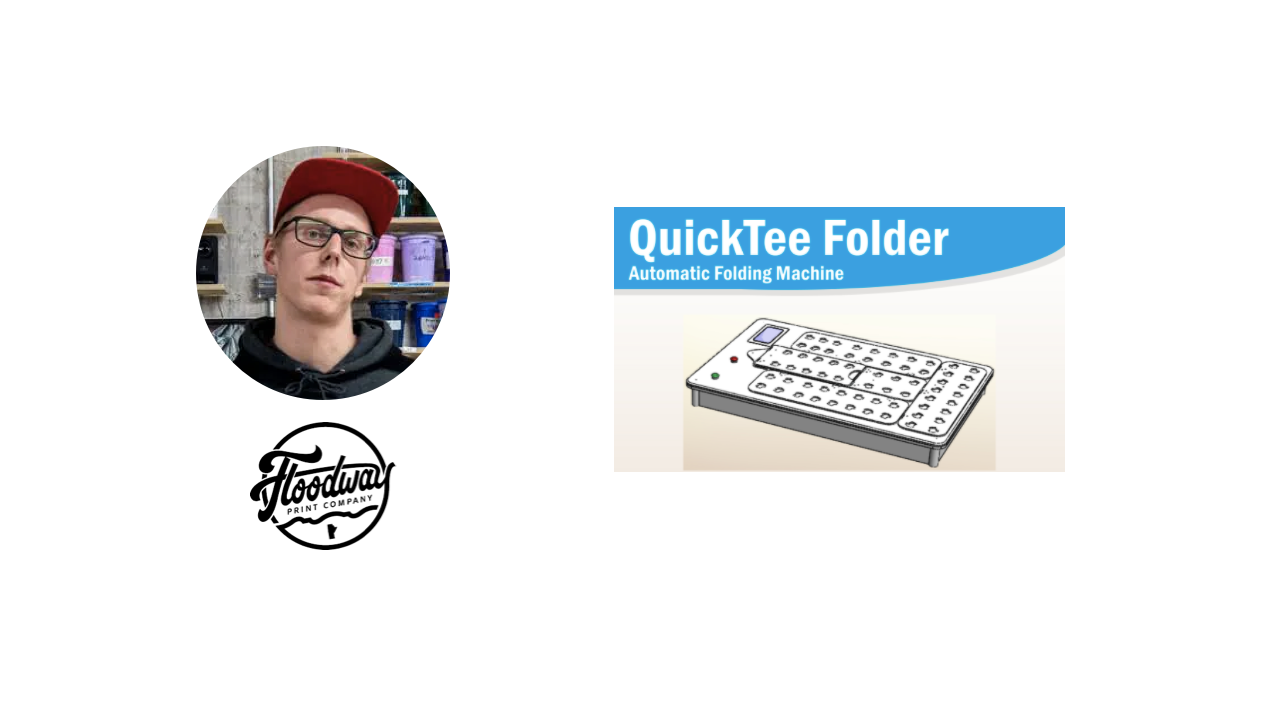 Cory Beal from Floodway Print Co paid list price (~$6k) for the QuickTee folder. "No shilling here," Cory joked, "I wanted something simple and this is at a way lower price point."

"There's a lot of waste effort involved with stacking shirts before folding them. The machine does the folding while we get the next tee ready, so we fold straight off the dryer belt," Cory said. Cutting back on waste is a long-running theme at Floodway.

The team at Floodway stacks their folded shirts into predetermined quantities (5 for hoodies, 10 for shirts). "Makes it easy to 'see' your quantity rather than counting."

The pitfalls? Cory reported that it took longer than planned to get the unit into service. But overall, it's revealed a leaner and cleaner shop...with a better customer experience.

"As soon as we thought about the experience for the customer opening the box and distributing their shirts, it was a no-brainer."

Is it worth it?

Whether you're going to drop tens of thousands on a new top-of-the-line unit that will fold, bag, and even barcode shirts – or get something simpler that just speeds up folding – automating this task is ideal.

But that doesn't mean that they're revenue-generating services. Customers won't pay a premium for bagging-and-tagging. Luckily, the machines to automate this aren't cost-prohibitive.

How much does it cost?

The shops we surveyed paid between $5,000 and $30,000 for units that ranged from basic folding-only units to complex units that offer barcode printing on polybags.

Used equipment came at a steep discount (but may lack the same detailed service or warranties as new).

What you should know

Every shop we talked to reported needing additional time for research and development to make their folding and bagging machine functional. Put another way: these machines take some time to set up and calibrate.

Go slowly, plan accordingly, and be prepared to create and adjust your standard operating procedures. Nailing how you ship items to customers is crucial.

Next Post: How to Ship Products To Customers: 9 Steps for Shipping Screen Printed T-Shirts for Online Store Orders